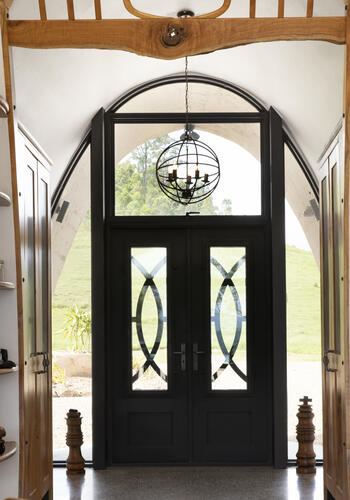 Obstetrician Gary and nurse Clare left the hustle and bustle of Sydney for a more peaceful pace in the lush, rolling hills around Nimbin, NSW. But it wasn’t just the rural life they were seeking – Gary had long held plans of building a dome-shaped house, reminiscent of the beautiful vaulted structures he’d seen while travelling through Europe in his younger years. With plans to trial an experimental construction system for their remarkable spaceship-like home they struggle with every step of the project from collapsing access roads to blocked cement trucks! With money running out and the project running over, Gary and Clare’s relationship is strained, and hopes for relaxing country hideaway turn into what seems to be the impossible dream!