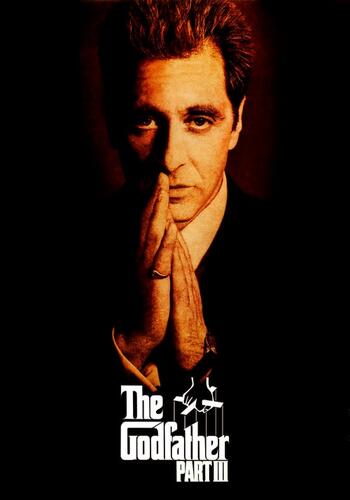 The Godfather Part III is a 1990 crime drama film written by Mario Puzo and Francis Ford Coppola, and directed by Coppola. It completes the story of Michael Corleone, a Mafia kingpin who tries to legitimize his criminal empire. Nominated for 7 Oscars.