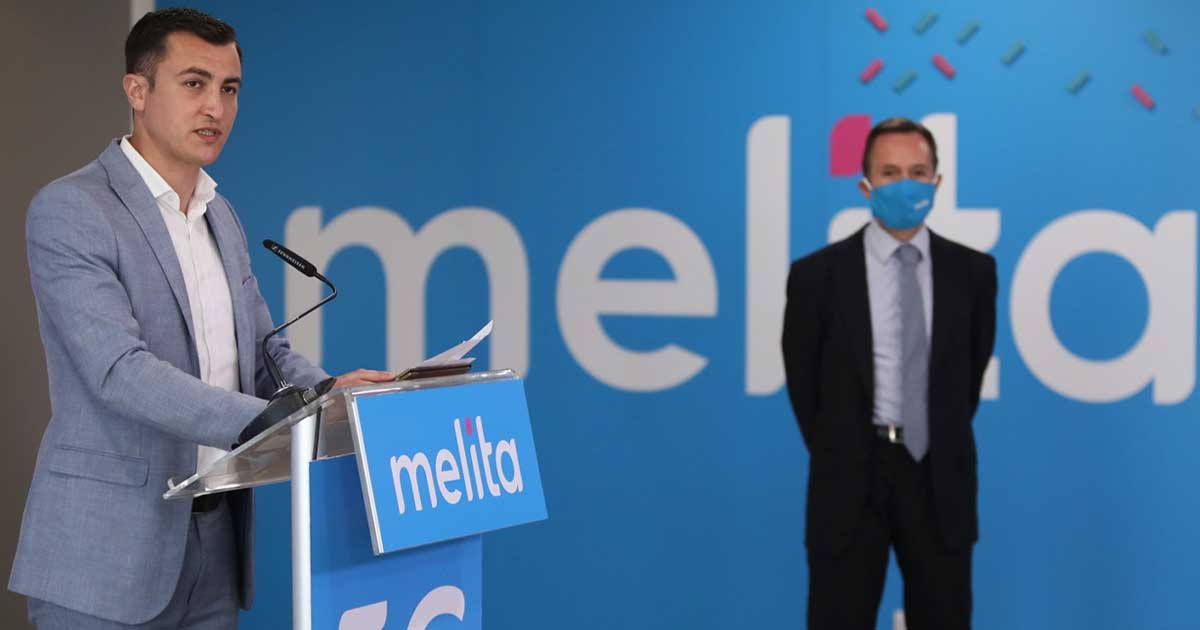 Melita Limited today ushered in a new era in mobile communications by becoming the first operator in Malta to launch 5G. The launch of this fifth-generation mobile network follows a multi-million euro investment in a state-of-the-art Ericsson network. As a result, from today, all Melita customers who have an Endless Mobile plan, or a new Business 5G mobile plan and a 5G enabled device can connect to 5G. The launch took place in the presence of the Honourable Silvio Schembri MP, Minister for Economy and Industry and Jesmond Bugeja, Chief Executive Officer of the Malta Communications Authority.

Melita’s Chief Executive Officer, Harald Roesch, said, “Today is an important day not just for Melita but also for Malta as it becomes one of the first countries in the world to have nationwide 5G coverage. It is also the latest in a series of steps which Melita has taken over the last few years to ensure we can deliver the best possible connectivity and service to all our residential and business customers”.

The launch of 5G will greatly increase the capacity of Melita’s mobile network. This means that many more devices will be able to connect to the network simultaneously while also delivering faster speeds and quicker response times. This will result in a better, more seamless experience for customers and opens up the opportunity for new technologies and services to be developed, including the accelerated expansion of the Internet of Things (IoT).

Simon Montanaro, Chief Technology Officer at Melita Limited, said, “Our 5G Ericsson network is capable of delivering mobile internet speeds of up to 1 gigabit per second with a latency of just 10 milliseconds. To put that into context, humans perceive changes around them in about a tenth of a second while the 5G network sends and receives communication in just one hundredth of a second. If we are thinking about a future with driverless vehicles or precision manufacturing, it’s clear that this very low latency will be incredibly powerful.”

In addition to performance, Melita’s 5G trial also monitored the energy generated by the network. These tests showed that with Ericsson’s 5G network emissions increase by less than 0.1 per cent and remain at less than one hundredth of the level considered safe for the public by the WHO recognised NGO, ICNIRP. All the test results can be accessed on www.melita.com/5gtrial.

Mireille Muscat, Head of Marketing at Melita Limited, said, “This launch is not just about bringing the best mobile technology to Malta; we are bringing 5G to our customers at incredible value.  All our 5G mobile plans have endless 5G data: our residential customers with Endless Mobile Plans have been automatically upgraded to 5G at no extra cost, whilst anyone wanting to get a new Endless 5G plan can do so for just €24.99 a month.  For our business clients, our new Business 5G plans are now available from just €27.99 a month. While some device manufacturers, including Apple and Samsung are still to update their software to enable 5G in Malta, with indications that this will happen by the end of summer, Melita is currently offering devices that are 5G enabled including OnePlus and Xiaomi at discounted prices.”

Minister Schembri said: “Today marks a remarkable milestone in Malta’s telecommunications history now that a service provider has officially embarked onto the fifth generation, 5G.  As Malta now proceeds with its economic recovery, the timing of Melita’s 5G launch continues to instill confidence as we look towards a brighter future. Melita is first in bringing 5G nation-wide coverage to Malta. 5G has the potential to be a game-changer. 5G will provide up to ten times faster connectivity to millions of devices, from smart wearables to connected buses and cars, from parking sensors to drones, from intelligent traffic systems to remote surgery. As a Government, we will remain committed to establishing Malta as a leader in innovative technologies and services.’

In view of concerns in relation to 5G, Minister Schembri said that in line with the constant guidance provided by European Institutions, this technology will bring negligible changes in emission levels when compared to existing networks, levels which themselves are only a small fraction of the guidelines established by the ICNIRP, the international organisation which is formally recognised by the World Health Organisation. MCA has been working tirelessly to prime its regulatory framework for the introduction of state-of-the art services such as 5G remarked Schembri.

The launch of 5G was also attended by Matthew James Borg, of M-Team, who introduced a video created by the band using Melita’s 5G network.

More information is available at www.melita.com/5G