When Melita and TSN Sports descended upon Ġnejna Bay 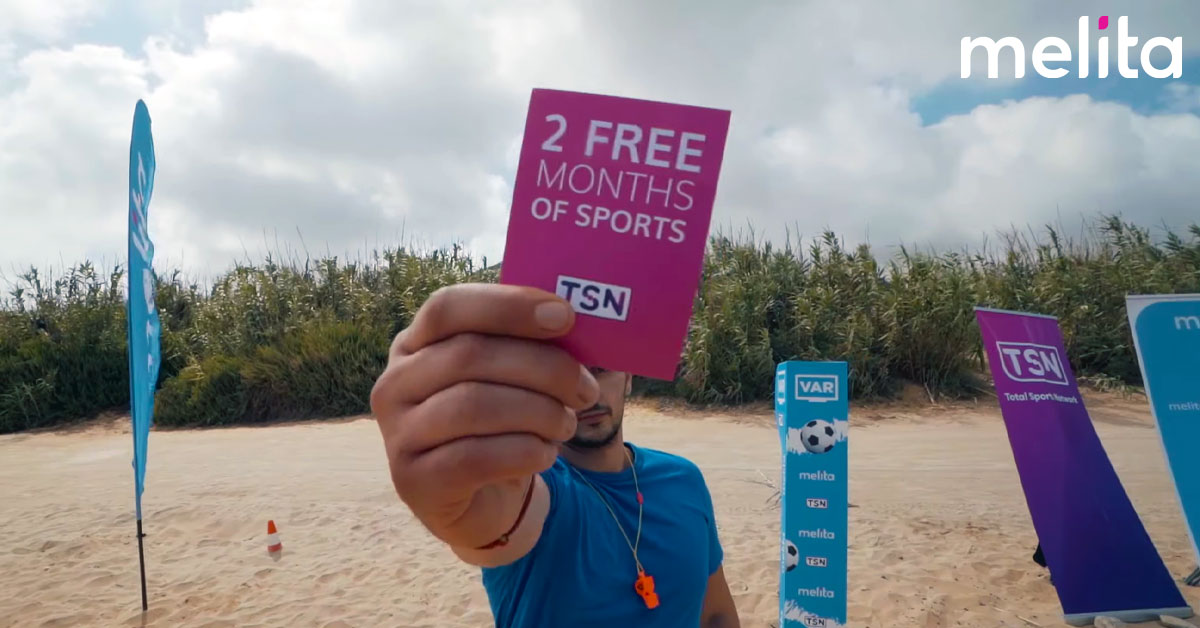 No matter where you come from, sports seem to have a universal appeal that pervades all elements of life. It circumvents cultures and sidesteps prejudice, and when you add sand and sun, the fun just triples.

Perhaps you’re glued to your sport channels to admire the technical abilities of great sportsmen and women, or maybe you’re connected to the fastest fibre internet to stream another type of eye candy on your smartphone or tablet.

Whichever the case may be, we have it on good authority that a spot of bare-chested beach football is always a welcome break.

So, here’s what TSN Sports Malta got up to last week – we took advantage of the off-season and borrowed two local professional football players – Gżira’s Andrew Cohen and Żurrieq’s Stephen Wellman – and scurried them off to Gnejna Bay.

As Cohen and Wellman arrived to the breath-taking sandy beach they couldn’t help but to indulge in some captivating ball dribbling and reckless tackling. Soon enough, beach goers got off their sunbeds and started to challenge the two football pros for ball possession.

Some even came out of the water running like the wind, others tackled their opponents like ninjas and a few were absolutely brilliant in the air. With all the excitement however, most players ended up committing dubious fouls and, the referee had no other choice but to verify the situation with the VAR.

Lo and behold, the VAR confirmed that all the fouls were serious and had to be punished accordingly. Disappointed and angry, the players waited to face the infamous red card, but to their surprise, the card that came out of the referee’s pocket was not red, but pink!

And not only where they not thrown off the pitch, but the pink card also offered them two whole months of TSN Sport Channels from Melita.

Participants couldn’t believe that a spot of beach football and a toss and tumble with Wellman and Cohen had just won them two whole months of amazing top international sports, in glorious high definition quality.

If you missed out on the fantastic opportunity of challenging Wellman and Cohen and also winning yourself two free months of TSN Sports, do not despair because this summer, we’re offering you a deal of a lifetime.

Get all eight HD TSN Sports channels from Melita for only €5 a month. But hurry because this offer ends in September.

That’s right, for just €5 a month you can enjoy the hottest live coverage of the biggest sport events from around the globe. Thanks to our super fast fibre internet all sport channels are available in splendid HD quality, and as a NexTV customer you can also watch two events simultaneously on one screen, or watch all eight TSN channels at once across multiple devices.

So what are you waiting for?

Visit the Melita sports page and get your 8 TSN sports channels today for just €5 a month.