A history of innovation: Melita has grown over the years 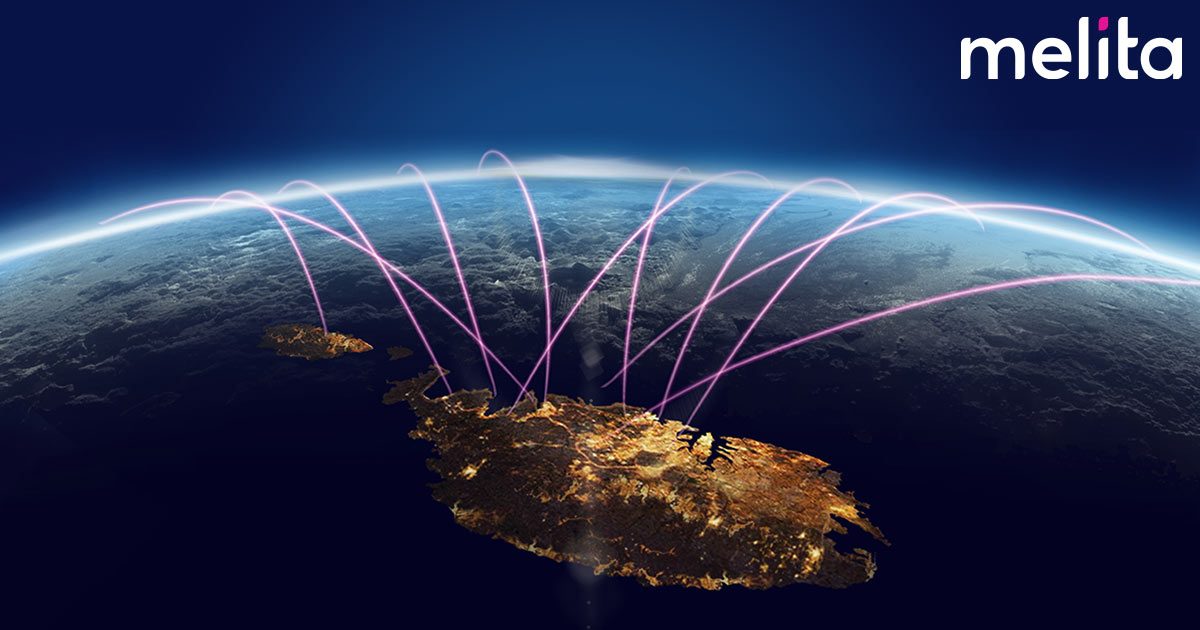 Melita is the leading provider of next generation broadband, fixed and wireless connectivity services in Malta.

We are a diversified telecommunications operator offering internet, television, telephony and mobile services, and operate the largest data centre in Malta.

We help people stay connected with the most technologically advanced telecommunication services around, whether it’s gigabit internet, our 4.5G mobile network, which is so forward-looking that it’s 5G ready, or our seamless WiFi mesh network. We take pride in connecting you to everything and everyone through high speed Internet, High-Definition Digital Television, Fixed Telephony and 4.5G Mobile.

Melita also provide smart solutions for business, combining the most powerful internet network in Europe with the most advanced mobile network to enable IoT capabilities. Our purpose-built Data Centre in Madliena provides high security, cloud services and connectivity whilst our dedicated support teams and our fully redundant international links keep your business running.

At Melita we have a history of firsts. We started almost 30 years ago with the first modern-day cable TV service in Malta, followed by high speed internet, HDTV and the launch of a world-class WiFi hotspot network.

We now own a state-of-the-art data centre that covers 10,000m2, gigabit nationwide internet and a 5G ready mobile network that will change the face of the future.

Let’s take a look back at the history of Melita.

When Melita launched back in June 1992, we offered the first and only cable television service in Malta. It was a huge success with an exciting range of international channels available to thousands of homes without the hassle and expense of buying and installing a satellite dish.

Melita’s original channel line-up included BBC Prime, Sky News, UK Living, Bravo, NBC Super Channel and Discovery Home and Leisure. Around a dozen Maltese and Italian channels such as Rai1 and Mediaset were also included in the line-up, providing better television reception than was possible at the time using a roof-top aerial.

Melita expanded its operations in 2000 with the launch of internet services in Malta under the brand name Onvol.

A third brand, called Hello, was introduced in 2006 as Melita entered the fixed telephony market in Malta.

Within two years, Onvol and Hello were rebranded under a unified Melita brand, and the Melita More channel was launched on digital TV, offering viewers the best international and Maltese drama and comedy, including award-winning series such as Grey’s Anatomy, Chicago Fire, Suits, Ashes to Ashes and Supernatural.

In 2017, we were proud to launch interactive TV. Melita NexTV is the smartest way to enjoy and discover great entertainment. As a Melita NexTV customer, you can watch different programmes on up to four devices at the same time. You can even press pause and move to a different hotspot to continue viewing. The app lets you search using the NexTV smart filters, browse recommendations, record favourite show, set reminders, catch up on programmes from the last seven days, rent a film, watch two programmes simultaneously in split screen mode – everything that you can do from your NexTV remote, you can do with the NexTV app.

With more than 140 live channels, more than 50 HD channels, 100+ interactive channels, 1000s of shows on our OnDemand library, and the best sports on eight Total Sports Network channels, you can rest assured that you’ll get the best viewing experience in Malta. We offer an unmatched choice of exclusive channels, from BBC Earth HD to CBeebies HD, from Food Network HD to MTV, and to top it all off, the flexibility to choose just what your business requires.

Starting from the basic, most popular channels all the way to the best in sport, entertainment, business, kids and news content, our TV packages offer the flexibility to choose the channel combinations that best suit your needs. You can also construct your own service bundle to fit your requirements.

Today, MelitaWiFi is Malta’s largest WiFi network with thousands of hotspots across Malta and Gozo, allowing access to the internet from your smartphone, reaching superfast speeds.

And Melita continues to grow. Figures published in 2021 by the Malta Communications Authority show that Melita has expanded its broadband internet customer base, making it the first operator in Malta to sign up more than 100,000 subscribers.

We opened for business in 1992 but today we truly set the standard in Malta, providing services to more than 75% of households. Wherever, whenever we’ve got you connected at Melita.