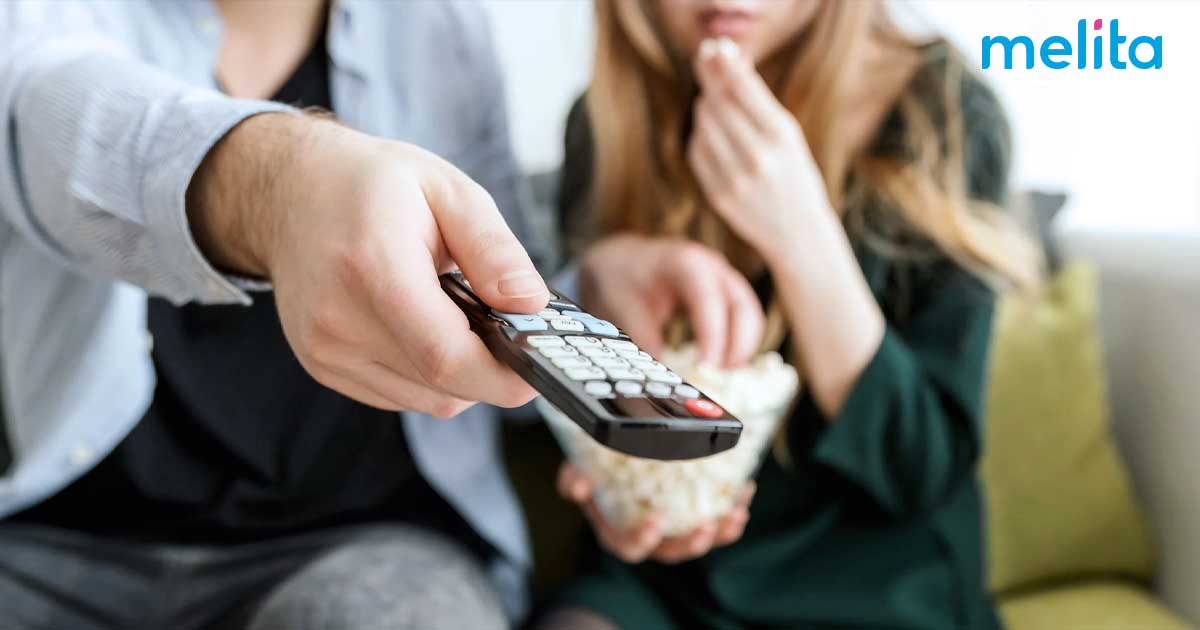 Whatever your mood during these challenging times, we have a TV channel for you at Melita.

Whether you’re still working from home, trying to home-school or looking for ways to stay entertained, we know life isn’t easy right now. That’s why we’re giving our customers a little lift to help make things better, like great movies, a huge range of brilliant TV series and our free Melita NexTV app.

We have hundreds of films and series to rent or watch for free, from mega blockbusters to family favourites, including exclusive Maltese content. Here are five awesome series we recommend that you check out right now on Melita More, channel 802.

Two-time Emmy-winner Patricia Heaton stars in this warm and witty single-camera comedy about raising a family and lowering your expectations. Middle-aged, middle class and living in the middle of the US in Indiana, Frankie Heck is a harried wife and mother of three who uses her wry wit and sense of humour to get her family through each day intact. Frankie works as a dental assistant, and her unflappable husband, Mike is the manager at the local quarry and her partner in the daily grind that is raising their family. Between juggling shifts and picking up fast-food dinners eaten in front of the TV, Frankie and Mike raise their kids with love, humour and practicality.

Big-time Manhattan corporate lawyer Harvey Specter and his team, which includes Donna Paulsen, Louis Litt and Alex Williams, are launched into a play for power when a new partner joins the firm. With his two best associates gone and Jessica back in Chicago, Specter and the team try to adjust to a new normal without them. The team faces down betrayals, fiery relationships and secrets that eventually come to light. Old and new rivalries surface among members of the team as they learn to deal with their new member.

Ashes to Ashes is a British television drama series, and the sequel to the 2006 series Life on Mars. Detective Chief Inspector Gene Hunt rolls up his sleeves and embraces life in the 1980s. The series, starring Keeley Hawes and Philip Glenister, tells the story of Alex Drake, a police officer with London’s Metropolitan Police, who is shot in 2008 and inexplicably regains consciousness in 1981.

From renowned Emmy Award-winning executive producer Dick Wolf, comes the high-octane drama Chicago Fire, an edge-of-your-seat view at the lives of everyday heroes committed to one of America’s noblest professions. The firefighters, rescue squad and paramedics of Chicago Firehouse 51 risk their lives week in and week out to save and protect the citizens of their incredible city.

The Big Bang Theory is a hilarious comedy about brilliant physicists, Leonard and Sheldon, who are the ‘beautiful minds’ that understand how the universe works. But none of that genius helps them interact with people, especially women. All this begins to change when a free-spirited beauty named Penny moves in next door.

As well as great series, Melita NexTV also gives you films on demand. We have hundreds of movies at the flick of a thumb, allowing you to browse big budget blockbusters, family favourites and cinema classics.

Choose OnDemand and browse through the NexTV movie catalogue to rent your evening’s entertainment from as little as €1 for 48 hours – So no need to worry if you doze off before the finale.
Melita is the smartest way to watch television in Malta. Enjoy Melita NexTV + 250 Mbps from €22.99 a month.