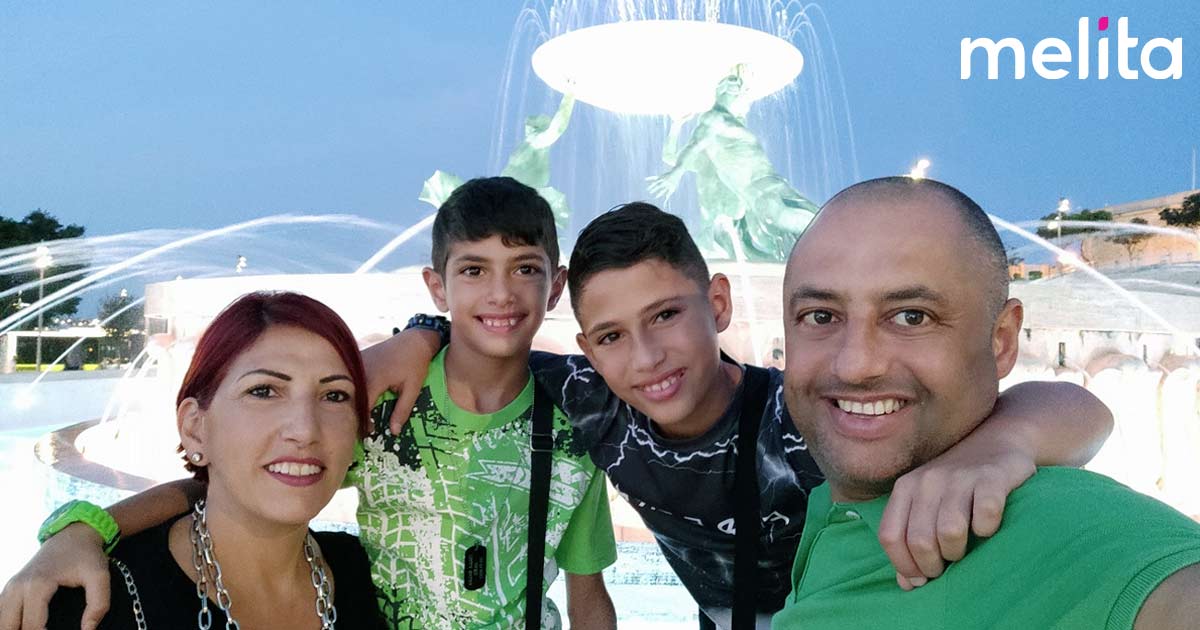 I first joined Melita 18 years ago, while still a student at the Technical Institute. I started off as a draughtsman, using Autocad to update maps and collect data on site. In 2002, I took a five-year break from the company, only to return in 2007 when Melita was already a leading company in technology, working towards offering quad play services. Today, I design Melita’s network for newly built areas and high-end projects, while also am part of the team planning Melita’s underground infrastructure in collaboration with the government.

I love my job – but my weekends are also very full! A huge part of my life is volunteering with the military service and the Scouts Association. My great grandfathers and my grandfathers served in the British and local army and my father also attempted to join the British Navy when he was younger, but then backed out for personal reasons. I guess the love for the military service runs in the family!  I initially joined the Armed Forces of Malta as a Reserve Force and today I form part of the AFM’s C Company 1 Regiment as a reserve soldier. This entails rigorous military exercises and physical training and a high level of discipline and alertness. Last September, I had the opportunity to fire by drill the British Ordinance 25 Pounder Field Gun, on the occasion of Independence Day – it was indeed a dream turned real!

Another very important part of my life is the time spent volunteering with the Scouts. As a child I was a scout but it all re-started when I engaged my oldest son Neil to the Qormi Scout Group. Soon after, I joined as an adult leader, while my wife also helped out. At the time, the Group had lost its headquarters and was facing financial issues. I wanted to do my best to help it get back on its feet. The first six months entailed a lot of hard work but teamwork and dedication got us through. Today the Group has 110 members, its own headquarters and a waiting list of people wanting to join – we’ve come a long way.

In the meantime, I underwent courses and obtained my Gilwell Wood-Badge. Today I am Cub Section Leader, and with the help of five dedicated assistant leaders I take care of  36 children aged between 7 and 10 years.  I am constantly surrounded by technology – working at Melita and with 2 children at home constantly using their tablets, phones and PlayStation. However, during my time volunteering with the Scouts, I introduce these cubs to nature, away from technology. They get the opportunity to learn some outdoor skills, life and social skills, while understanding the importance of respecting each other and the environment around them. It makes me happy, knowing that I can give something back to the community, by helping these youngsters to grow into respectful and disciplined citizens. I hope they will help create a better world one day!

Being part of the Scouts Group also gave me the opportunity to learn and practice my favourite instrument – the highland bagpipe. Another one of my favourite hobbies is target shooting – it helps me concentrate and learn skills from other professional shooters, while I get to meet new friends who practice the same sport.

Two of my favourite quotes to live by are:

“Age doesn’t matter, just follow your dreams and go for it!

‘Nothing is impossible. Impossible just takes a bit longer’