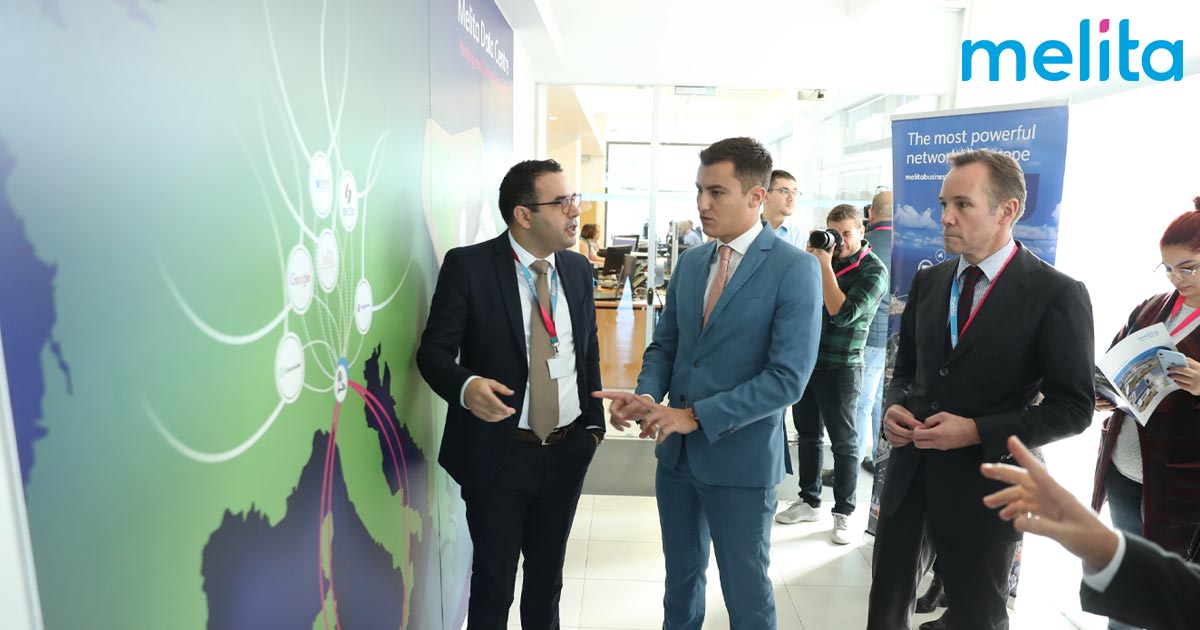 Melita Limited has just completed two key investments which will see the company growing further in the B2B segment, with a focus on international customers. These are the opening of a new data centre facility to provide clients with secondary or disaster recovery capabilities, and the recent launch of Internet of Things (IoT) connectivity services across Europe.

Pan-European IoT services are being provided through melita.io, which last week unveiled its dedicated customer portal, designed and developed in Malta for use by international and local clients.  The new melita.io platform was demonstrated to the Hon. Silvio Schembri, Parliamentary Secretary for Financial Services, Digital Economy and Innovation, during a visit to Melita’s technical facility in Madliena; the hub for all Melita services.

Whilst using international networks to deliver its IoT services beyond Malta, local clients have the additional benefits provided by Melita’s nationwide narrowband IoT (NB-IoT) network. NB-IoT offers several benefits to businesses which need to connect equipment across their operations: extremely low power consumption, the range of the signal and its ability to reach far below ground or sea level.  These characteristics present a far greater range of options for IoT solutions – such as parking sensors and connected rat traps in the lowest levels of underground car parks.

Harald Roesch, CEO at Melita, explained, “Melita has invested heavily in infrastructure; we now have one of the most powerful networks in Europe, making Malta the only country with nationwide NB-IoT, gigabit internet and 4.5G mobile networks.  This investment is having a positive impact on Malta’s economy as evidenced by the recent EY Attractiveness Survey where 72 per cent of respondents said the telecommunications infrastructure was a main pull factor in persuading them to invest here.  This result is something we’re proud to have contributed to, just as we are proud to be able to use our technology and expertise in areas such as IoT, in order to turn a Maltese business into an international provider of telecom services”.

Hon Schembri said, “As a Government we believe that the absolute drive for innovation and the embrace of new concepts is the way forward for the private sector at this exciting time in our history. Telecommunications; in this case, telecommunications service providers as partners in our bid to remain one step ahead of the digital revolution. I commend Melita for its laudable endeavor as part of their efforts to put the client at the heart of their operations.”

Hon Schembri’s visit also included a tour of the Madliena Primary Data Centre, which is built to Tier III specifications and the only purpose-built facility in Malta. It covers a fully-fenced footprint of 10,000 square metres, making it the island’s largest facility.  The strategically-chosen site is a solitary building situated on high-ground. It is detached from the main traffic arteries, does not pose flooding risks and does not sit under any aircraft flight paths, thus meeting and exceeding the stringent levels of security required.