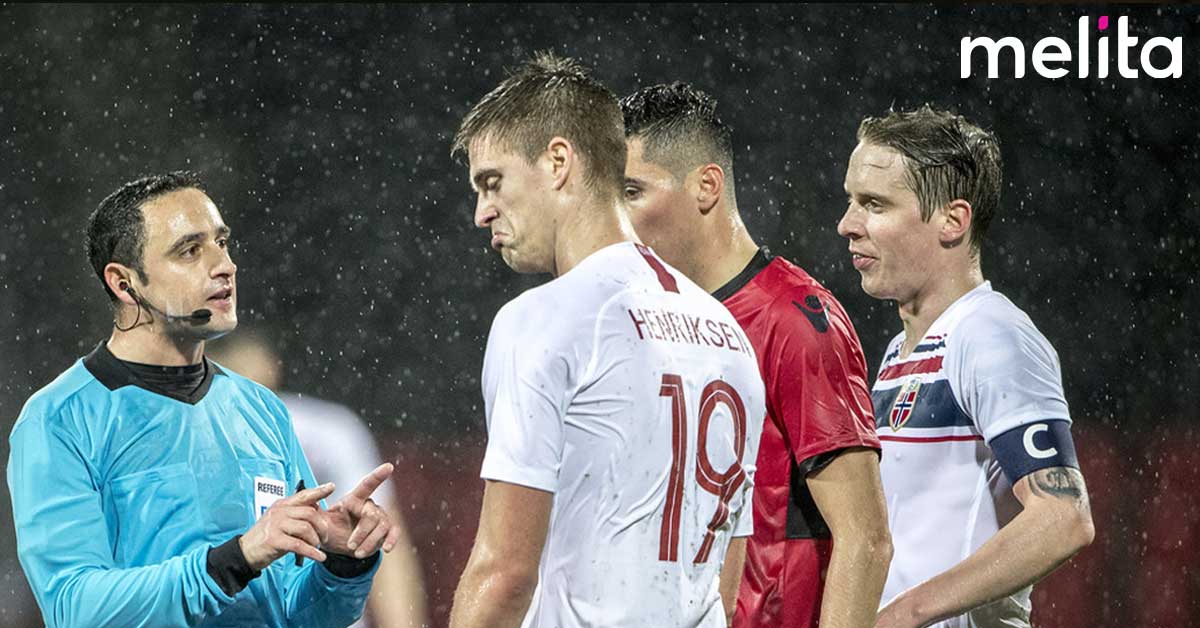 When I first started, I realised I had the potential, but it never crossed my mind that I could make it this far.

At Melita, I work as a Technical Sales Executive. But away from work, I am into football, specifically, referring. I am an elite football referee and am qualified as an international FIFA Referee.

At 33, I have already controlled 130 Premier League Matches locally, which included the Super Cup Final between Hibernians and Floriana in season 2017/18 as well as three FA Trophy Semi-Finals. Apart from the local Premier League, I get called to control a number of matches abroad. This is my fourth year as a FIFA International Referee and being appointed to participate in the preliminary rounds of the Europa League and Champions League is always very rewarding. I have had the honour to control International Under 21 matches and Youth Champions League matches of prestigious teams in Europe, including Galatasaray and Shalke. It has definitely been a dream come true.

I first became involved in football at a young age, when I played with my hometown’s club, Birzebbuga Windmills. But my career as a footballer was short-lived. It wasn’t that I was a bad player, but rather that I could see that I could have more opportunities to participate in top-matches through refereeing. At the tender age of of 14, I had my debut as a referee. 11 years later, I had the chance to control my first Premier League Match and from then on, I never looked back. I was always very passionate about football, but it was my cousin Ingmar Spiteri, an ex-FIFA Assistant Referee, who intrigued me into refereeing.  When I first started, I realised I had the potential, but it never crossed my mind that I could make it this far.

Refereeing is a passion and it’s not for everyone. It requires a resilient character, but one needs to remain true to oneself.  I must admit, I’ve had moments of doubt before major matches, but then I remember how rewarding it is to be part of it. There are so many emotions going on around you, it’s difficult to put in words.

It does not come easy, for it requires a lot of commitment and sacrifices. Managing the time is not easy either. I’ve had to change my lifestyle to balance work, refereeing and spending time with my family. I’m blessed that my family has always supported my ambitions, and I couldn’t do it without their support. I do my best to manage quality time with my wife, Lara, and my two children – Zack, a 5-year-old football fanatic and Ellie, who is two.

At such a high level, refereeing is no longer a hobby, but a profession. I need to be mentally and physically prepared for the matches, and to do this I train every day. I am not just a referee during the 90 minutes of the match, I am a referee 24/7.

Apart from the support I have from my own family, I am lucky enough to be supported by my colleagues and management at Melita, particularly when I need to travel abroad to referee international matches. I have only managed to progress so much because of such support. At Melita, I have truly found my second family.

I am grateful for all the opportunities I had to referee, but there are some moments that are more special than others. Controlling top premier league matches for my country is always an honour, particularly when I get to be involved in Cup Finals. The Super Cup Final in Season 2017/18 between Hibernians and Floriana is definitely a match to remember. Other local memorable matches such as the derby between Valletta and Floriana, Valletta Vs Birkirkara always bring great enthusiasm and enrich my life with great memories.

One of my favourite moments was when I was appointed to control a match between Spain and Georgia Under 19. But the highlight so far has to be a friendly match between Albania and Norway, at the Elbasan Stadium in Albania. The stadium was full of spectators cheering on their national heroes and the team was made up of players who play with Serie A and Premier League teams.  It was a brilliant experience!