Moving to Malta? Here is everything you need know before the big day! 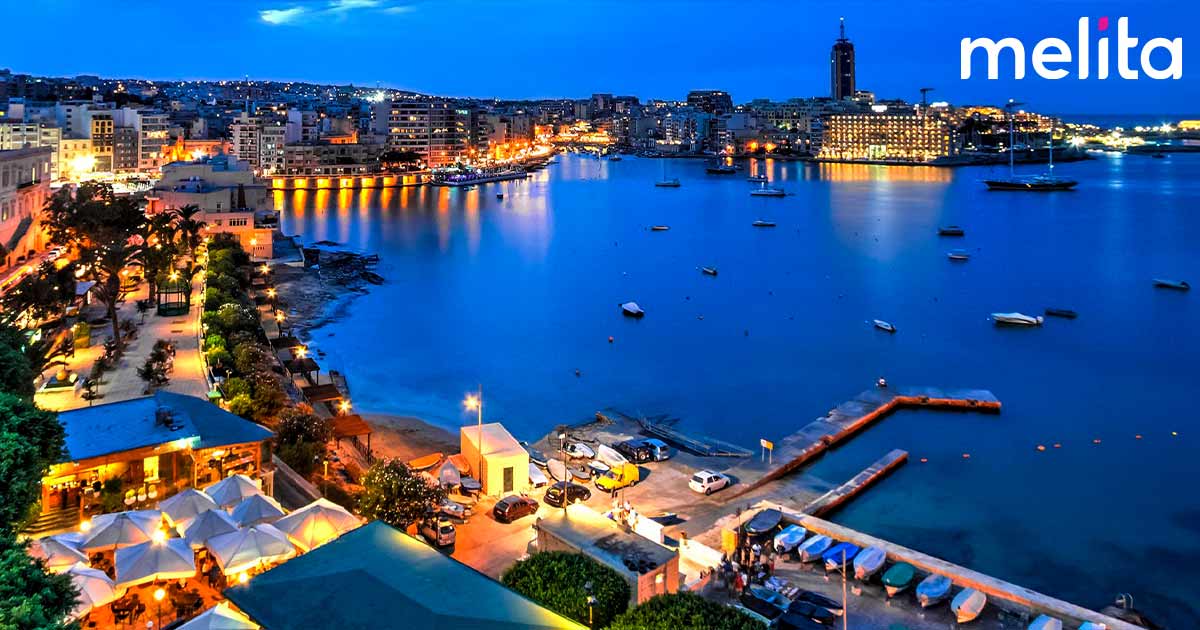 Whether you’ve been on a holiday to Malta and wondered what it would be like to move here, or if you’ve already made up your mind that Malta is to become your next home – here is a comprehensive guide to all you need to know before the big move!

Well, over the years Malta has always been a magnet for those in search of an easy-going Mediterranean lifestyle and 300 days of sunshine a year. More recently, Malta has started to attract expats from all walks of life in search of attractive job prospects in an English-speaking country.

Malta’s climate is a typically Mediterranean one, consisting of dry, hot summers and mild, wet winters. Indeed, average temperatures in summer float around 30 degrees Celsius with an average of 12 hours of sunshine a day, whilst the mercury may fall to an average of 16 degrees in the darker months of January and February, Malta has never officially recorded a daytime temperature below 0 degrees Celsius.

The sea has a mitigating effect, and because the islands are so small, temperature fluctuations on a national level are minimal. Swimming is possible well into what are considered to be the “winter months”. Rainfall is sporadic, averaging a mere 568mm a year.

Malta is an archipelago of islands located 81km south of Sicily and almost 300Km north of Libya. It has a combined population of just under half a million inhabitants spread over the 316km2 of Malta, Gozo and Comino.

English is spoken by almost 90% of the country, and because it is an official language alongside Maltese in the constitution of Malta, you can expect to find all government forms, documents, road signs, websites, menus and other bits of information in English. The Maltese language reflects the country’s rich and varied history, as it includes Arabic, Italian and English loan words to create a language completely unique to the islands. Italian is also very widely used, being spoken by about 75% of the population.

Malta joined the European Union in 2004 and adopted the Euro on January 1, 2008. The country is in the Schengen Zone and is also an active participant in the United Nations, Commonwealth, Council of Europe OSCE and various other international organisations. Malta maintains a non-aligned status of neutrality.  With these types of international credentials, it’s no surprise that Malta has become such an attractive destination.

Malta’s History at a Glance:

Malta’s visible history dates back to over 7,000 years ago when stone age communities produced wonders such as Mnajdra, Ħagar Qim and Ġgantija temples, which happen to be some of the oldest freestanding structures in the world!

The islands then passed into the hands of civilization’s earliest trading powers – the Phoenicians and the Carthaginians before becoming a part of the Roman Empire in 218 BC. A couple of centuries later, St. Paul was shipwrecked here in 60 AD, as documented in the Bible.

One of the most influential rulers of our islands were the Arabs, whose reign started after the fall of the Roman Empire and lasted for almost 400 years. Today, we Maltese owe much of our way of life to the Arabs; the Maltese language, cooking, crops, citrus fruits and the names of our towns all originated during this time.

After the Arabs, Malta returned to Christendom through Norman rule, becoming a part of the Domain of Sicily and changing hands a few times before becoming part of the Spanish empire under King Charles V of Aragon. In 1530, he granted the Maltese Islands to the Order of St. John, whose knights had just been expelled from Rhodes by the Ottoman Empire – for the price of one Maltese falcon per year. The knights invested heavily in Malta over the next 250 years, creating hospitals, fortifications, churches, monuments and works of art that today remain some of the most culturally significant aspects of the islands.

After the Ottoman threat subsided and funding for the Knights ran dry, in 1798 they gave up the islands to Napoleon on his way to conquer Egypt. Within three months the Maltese revolted, unable to bear the French reforms and their plundering of sacred places. Two years later, in 1800, Malta called in the British forces to oust the French.

Being part of the British Empire for over 160 years certainly left its impact. The English language, modern infrastructure, and playing a significant part in two world wars to name a few examples!

Cost of Living in Malta

Malta has historically been known as a relatively cheap place to live. Recently however, the cost of living has been on the rise, especially when it comes to accommodation. However, Malta is still below the average prices you’ll find in most major European cities, and you can still get away with a bargain if you choose to keep away from the pricier tourist locations.

Eating out can cost you literally anything from a couple to a couple of hundred euro – and like any other city, making smart choices will help you save some money.  You can expect to pay around 50 euro for a complete meal for two in a middle-of-the-road type of restaurant. Everyday groceries and utilities are where you can win back quite a lot of your money, especially if you shop wisely. Buying fresh vegetables from farmers’ markets and groceries from large budget supermarkets are examples of doing this.

Utilities are fairly manageable in Malta – the average household spends around 68 euro monthly for electricity, heating, water and gas. Of course, if you want to kit out your home with the latest and greatest in connectivity, communication and entertainment, then Melita is the service provider that will give you the best value and quality.

Malta has an exceptionally strong medical heritage. In the first world war, the country was dubbed “The nurse of the Mediterranean” and during the knights rule, the “Sacra Infermeria” in Valetta was one of the most cutting-edge hospitals in Europe.

Today, Malta is continuing with that tradition – ranking in the top 6 EU nations for healthcare quality.   Healthcare is generally free for residents, EU and Australian nationals, however, this also means that queues are sometimes a little on the long side, so if you’re looking to get ahead of these, you might want to consider health insurance which, for the most part, is also cheaper than many other Western nations.

If you don’t already have a job in Malta, you can scour various job boards online which have positions that are normally open to international applicants. Entry level jobs are quite easy to come by, especially within the tourism and catering industries. If you are looking to climb the corporate ladder or are looking for a niche type of position, you could approach one of the various international companies based in Malta.

Tax rates are quite low when compared to EU averages, but so are wages – with the average gross income being 17,500 euro annually and the basic wage around half of that figure. Specialist positions could earn substantially more, with IT, finance, gaming and certain management positions leading the way.

There are plenty of accommodation options available with a large variety of new and old properties on the market. Costs for renting accommodation can vary widely and have been on the increase in recent years.

When compared to other developed nations, the cost of accommodation is still manageable, however you may want to avoid certain popular areas if you are looking to rent cheaply as some central and coastal regions are significantly more expensive than other towns and villages within Malta. You should also keep your daily commute in mind if you are going to be working locally. One final consideration you should make is based on what pace of life you’re looking for.

If you are relocating to Malta to get away from the hustle and bustle of a city, you may want to consider quieter, less touristy towns or vice versa if you are looking to be at the centre of all the action.

Documentation for Settling in Malta:

If you’re coming to Malta for less than 90 days you may or may not need a visa. Citizens of EU/EEA member states need only a valid passport, and this goes for countries that are part of Malta’s Visa Waiver program, including the USA, Australia, Canada, Japan, New Zealand, Israel, Singapore and South Korea.

Beyond 90 days, EU nationals do not require a visa or work permit to stay longer or find work. As long as you can provide proof of a confirmed job offer, you can move to Malta with your spouse and children. The same goes for retired EU Nationals, who are usually entitled to their state pension and healthcare from back home.

After having settled in Malta you’ll need an official registration certificate or ID card within 3 months of arriving – this will open up many residential entitlements to you.

People from countries outside the EU/EAA area are also allowed to stay in the country on work or spouse visas – these are treated on a case by case basis and you should check with your local consulate about the necessary steps.

Once your visa is settled, sort out your social security number, bank account and consider private healthcare if that’s of interest.

Getting (and Staying) Connected:

Of course, once you’re nicely settled into your new abode, you’ll want to get connected with the rest of the world. Melita offers flexi bundles from just 32.99 Euro monthly which covers fibre power internet, NexTV and a fixed telephone line, you can then add your choice of a prepaid, hybrid or postpaid mobile phone plan. You’ll also get MelitaWiFi, enabling you to make use of over 75,000 WiFi hotspots across the Maltese islands.  Buy online and you can save 10 euros a month for the first two months.

So if you want to keep up to date with the latest series, use the internet to work from home or stay connected with your loved ones, Melita makes sure that you can take your world with you!